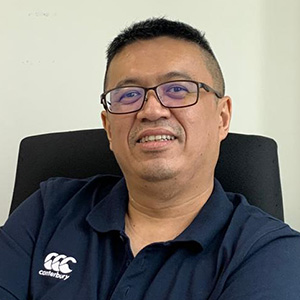 Gerard Teoh specializes in advising family-owned conglomerates on their business and philanthropic strategies. He is the Owner and Executive Director of Crave Capital, a consulting agency that supports companies across Asia with strategy, expansion, mergers and acquisitions, and restructuring.

In 2013, Gerard began advising Asian family conglomerates on the non-profit side of their work. Philanthropic projects executed from this practice include partnerships between the Tahir Foundation and the Bill & Melinda Gates Foundation, the Indonesia Health Fund initiated with eight Indonesian families, partnership between DT Family Foundation of Thailand and also the KN Foundation of Vietnam and the Global Fund to Fight AIDS, Tuberculosis and Malaria. He is also the advisor to ASEAN for the Global Fund. Apart from Global Health, Gerard is also involved in the environment and plastic pollution programs in ASEAN as the advisor to the Ocean Cleanup, a non-profit organization from the Netherlands. And in Education, Gerard sits in the board of a Singapore non-profit Edutech company called Solve Education that has developed English learning programs targeting poor communities.

Gerard holds a Bachelor of Laws degree from the University of Leicester in the United Kingdom and the Certificate of Legal Practice (CLP) of the Legal Profession Qualifying Board of Malaysia.